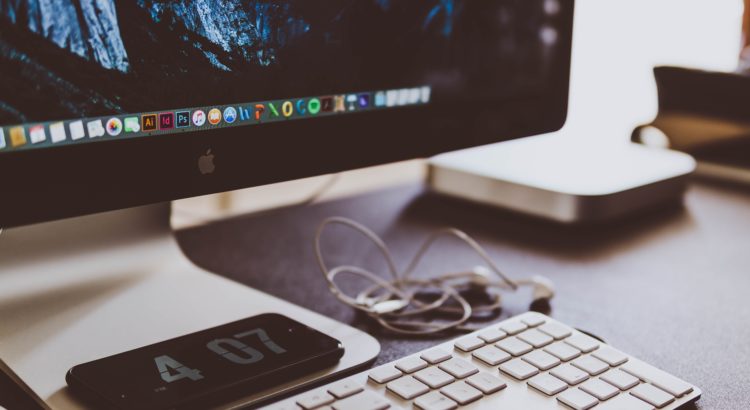 What are the pros and cons of using Sketch vs. Photoshop?

In this post, we’ll start a debate of pros and cons regarding Sketch and Photoshop. Take a look and jump in the discussion.

First, we’ll begin with an infographic and after that, we’ll find out what pro designers think.

What Other Designers Think? Photoshop vs Sketch

“Being asked this question lots of times at different events and in design chats, I recently discussed it with our UI/UX designers in Tubik Studio and expressed the general studio opinion in our  Tubik Studio Blog, so I will somehow repeat thoughts and ideas from our article Design FAQ platform: questions from designers | Tubik Studio

Nowadays the fight Photoshop vs Sketch is becoming more and more active. There are loads of articles and reviews, case studies and interviews in which people analyze benefits and drawbacks of Photoshop and Sketch. And, being designers taking an active part in the modern design process, we are also often asked which of these editors and tools we prefer.

The answer I would like to give is really simple. There is no any vs. There shouldn’t be any war between the options which can complement each other. Obviously, now there is no any perfect and ideal software for design: if it existed, everybody would use only this ideal choice and there wouldn’t be any need for a fight. So, we suppose that modern designers provided with a number of tools should study how to take everything possible from them instead of trying to decide which one is better.

Here in Tubik Studio, we believe that the only single thing that a designer should think about is the high quality of the final product. The highest. Quality. Possible. Period.

That’s why we use the variety of tools and software here, share our experience and always thoroughly watch the newest trends and upgrades of design software opportunities. A tool is just a tool. The only thing important is to make the customer and the users of the final product happy. It’s vital to think about the implementation of the product into real life and making it the one which provides high conversions. People, who use the product, do not see the tools. They see the work which is good or bad. Therefore, knowing the advantages and drawbacks of different soft and tools, designers are very well armed to find the best tool for any particular problem.

So, we always analyze the task before choosing the tool appropriate for its accomplishment. However, in general terms in most cases, we use the benefits of different design tools in the following way.

Our practice shows, that Sketch is really helpful and efficient in the research and UX stage of the design process (you can see it in the photo above, in which our designer Ludmila Shevchenko is designing the UX flow with Sketch).

Adobe Photoshop is effective for preparation of graphic sprites and creation of unique UI elements. Adobe Illustrator is great as the basic vector editor for creating illustrations and icons

And all together they present a powerful engine for high-quality and elaborate design. That is the reason why we never waste time arguing which one is better.

Therefore, on the basis of everything mentioned above, I can confidently say that every tool, editor, a software has its strong and weak points. In some sprints of the process, simple pencil and sketchbook will be the best way to get the result efficiently. So, I suppose the best practice is to analyze the task thoroughly and decide on the most efficient tool for the particular task. ”

” I started using Sketch like a year ago. I’ve been using Illustrator for over 15 years. Which means that the muscle memory for this program is huge and it takes some effort to adapt. In my opinion, Adobe Photoshop and Illustrator work extremely well! I work day in and out with both programs and as long as your computer is strong enough, it just works! So let’s say that I’m kind of a fan. (I always feel sorry for people with jobs who have to use shitty programs.)

But given the fact that Sketch is very new still, and the effort it takes to build a program from scratch, I think Bohemian did a very good job. I find myself opening Sketch, instead of Illustrator or Photoshop, every time I need to make a mobile or tablet design. Not only because of the fabulous mirror function, but because of the way they treat artboards. Its works much easier than Illustrator or Photoshop.

However, when you go into detail on a design, I find Sketch sometimes very frustrating. Text editing isn’t as nice. Selecting a line is mostly completely impossible. The layer structure is shit. So they still have a long way to go. But I love it that there are options. And I am going to use it a lot for sure!

Long story short: I love Sketch, but it isn’t as close to Photoshop or Illustrator as you could wish. Advanced effects are better done in Photoshop. However, with the current “flat design” hype, Sketch suits perfectly well. Less detail is needed and it works quicker and let you reproduce a mobile flow much nicer than Photoshop could do. Here are my main Pros and Cons:

So conclusion?
Use both. But I do hope Sketch will develop itself to a simple but Adobe level program for full time use! So you might just start using it to support them! ”

“Swiss Army Knives are phenomenal, in theory. The geek in me rejoices at all the options. In reality, they are really uncomfortable to use if all you want is a bottle opener.” — Pippen

Photoshop has evolved from a digital darkroom tool (for photography, of all things… I know weird right?) into a multimedia production platform. Lots of products follow this trajectory. For example, WordPress was a blogging platform but now it’s a full-fledged CMS. In both cases, you’ve got a lot of bloats.

UI/UX is a funny designation. Basically, visual designers started adding UX to their title because the shortage of qualified UX designers meant they could charge up to 2-3 times more for their services. The title “UX Designer” like “visual designer” and “webmaster” is overly broad and a relic of our iterative history. Thus a “UI/UX” designer is a graphic designer with a focus on mobile and web interface, and a proficient understanding of the iterative process. If you’re looking for classic UX, that’s two people – the UX researcher and the interaction designer. Your visual half will love Photoshop and Illustrator. Your UX and prototyping half will prefer Sketch.

TL;DR, both tools are important. You’ll use Sketch for pre-production and page/variation layout, but you’ll really use Adobe for art production.

Also, the new Adobe is going to completely change the game. What’s on the way is a generic Adobe application container. You’ll rent tools monthly, weekly, or even daily – depending on your subscription and task. The application framework will then download and call in those panels. That’ll be the day that Bohemian finds out how good Sketch really is.

” Both are reasonably good UX/UI tools. I personally favor Azure for its HTML prototyping features, but that is just my humble opinion.

Sketch is a relatively new program and is constantly improving. The Sketch interface is relatively easy to get used to, however, it has a buggy nature due to being so brand spanking new. This can be a little irritating and time-consuming. If one has patience and a loose deadline, by all means, give Sketch a go! Sketch has a mirror app available for mobile prototyping which is great for responsive design, but this is fiddly to use and quite disappointing for the price you pay (£3.99 / $4.99)

Photoshop is a much more of an established tool, and I like the ability to edit imagery while I work. I previously used Photoshop primarily for photo editing (that is, after all, what it’s meant for), but have found it great for wireframing and prototyping. I still don’t think this is the most effective solution for UX/UI as its interface is focused on image editing, but it still does a great job.

In essence, Photoshop is good but UX/UI isn’t what it is meant for. But it gets the job done quickly. Sketch is meant for UX/UI but it is a new program and will slow you down. Photoshop CC’s multiple artboard features are probably the winning feature. I use Photoshop to create graphic sprites, and using Photoshop in combination with other Adobe software such as Illustrator (great UI tool) will be more effective than Sketch. ”