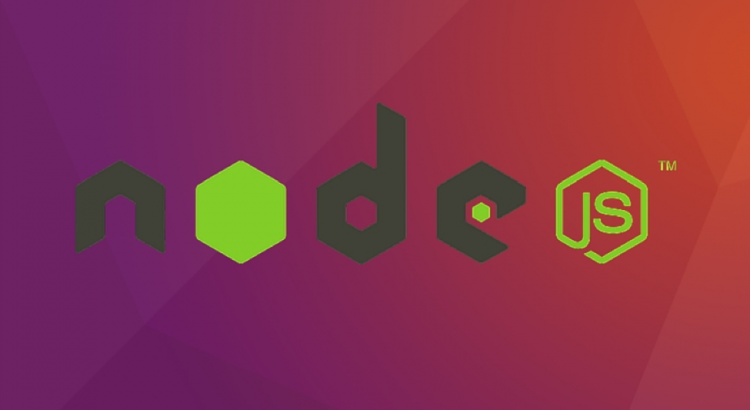 Node.Js is by far the most popular server-side technology, and arguably the best in terms
of speed and performance. The development time is relatively short, and it extremely
scalable and optimal for growing projects. It’s all thanks to the asynchronous approach of
Node.Js that allows it to beat other technologies by freeing the server from being bound by
heavy queries and requests. Despite its relatively young age, Node.js is currently powering
approximately 500k websites, including some of the most popular services and websites
online such as Paypal, Facebook, and LinkedIn.

Quite often, Node.js is confused to be a framework, which is completely wrong. Node.js is a
runtime environment to run Javascript outside of the browser and on the server side using
the v8 engine. However, Node.js possesses a versatile list of frameworks that could be used
to make development easier and more efficient, and make development not only easier
and faster but even more efficient as well. People often opt for several nodejs tutorials online to increase their learning curve. So here’s a list of the top 13 Node.js frameworks
that you could use to power-up your applications:

Express is perhaps the most famous Node.js framework, it’s widely used by many
developers around the globe and it’s a major component of the very popular MEAN stack.
Express is defined as a minimalistic node framework, and brings many functionalities out
of the box including its support for many plugins, ease of learning and use for beginners,
maturity in comparison with other frameworks out there. It’s a great routing API that
doesn’t strict developers to one way of doing things. Rather, it’s an un-opinionated
framework which is why it’s the basis for many other frameworks.

Created and maintained by Walmart, the framework is meant to help enterprises struggling
with scalability and optimization issues that Express might often be unable to offer. The
idea came first when Walmart team was preparing for their big black Friday sale and
noticed that their Express solution won’t make the cut. Hapi aims to make it easier for
developers to create their applications by focusing on their business logic rather than
wasting time on the infrastructure hassle. Hapi possesses a robust and powerful plugin
system, and it ships with many powerful features including input validations, caching
implementation, error handling and much more. According to their website, the framework
has been downloaded over 680,000 times in the last months.

Sails is one of the most known node frameworks, especially on an enterprise-level. It is
used to build custom real-time applications and is inspired by other frameworks such as
Ruby on Rails and follows their MVC pattern approach. Sail’s ORM allows it to be integrated
with almost any database system that you’d want to use. It’s also a backend framework
that’s compatible with whatever have you at the front end, be it mobile, angular, react or
even windows phone. With auto-generated API options and easy websocket integration, it’s
even a more powerful backend framework. Sails is used by many giants such as Microsoft,
Postman, Apigee, and many others.

Flatiron is a full-stack web development framework that empowers developers to ship their
applications to multiple platforms by using reusable components. Flatiron brings a
collection of decoupled tools that developers could use to build high-performance
applications. The main features include traffic redirection and routing, a templating system,
plugins management to increase the extendability of the application. Flatiron is said to be
the sum of its parts because of how its parts are quite independent, powerful, and familiar
to developers as well.

Koa is a framework built by the same team behind Express which grants it popularity and
fame straight away. It’s designed to be smaller and more expressive and it focuses on
leveraging the power of generators to increase the error-handling efficiency and get rid of
callbacks. Koa is a concise and simpler version of Express for building web applications and
APIs too.

Loopback is a powerful full-featured backend framework. With an API explorer, generators
and different development kits, it is designed to help connect different types of
applications to their data using API calls. Loopback is a suitable option for humble projects
as well as large-scale ones. It offers a large number of extensions, models, and integrations
that create many possibilities, at the expense of making the framework a little too complex.
However, the documentation is quite thorough and useful so it could potentially fill the gap
between usage and complexity.

Meteor is a very famous and well known full-stack Javascript framework that integrates
with many other technologies including NPM, angular, react and vue.js. Their website
boasts a 508k unique installations and over 12 thousand packages available. Meteor aims
to negate the cross-language issues in development that teams might encounter when
using different languages across the stack, additionally, the data-on- the-wire approach
makes the framework extremely flexible since the framework doesn’t render the data itself,
but leaves that job to the client.

Restify is a popular web service solution for Node.js applications, it aims at building easy
and quick Restful API services that are robust and scalable. It’s a production-ready
framework that is used by some of the largest companies in the world, such as Pinterest
and Netflix. Restify ships with Dtrace, which makes error-handling and tracing easier and
settles down some contingency techniques and tools to deal with different types of
problems and empower debugging. However, under heavy traffic, Restify pales in
comparison with Express, many people consider it to be the lite version of Express.

Total.js is perhaps one of the most forgotten Node frameworks out there, however, there’s
no clear reason for that. It’s an extremely rich full-stack framework. It supports SMTP email
sending, the processing of visual elements, auto-compression of assets, themes,
localization and much more. Total uses low CPU requirements and is extremely light, with
no dependencies at all. The framework’s documentation is quite handy, with over 100
examples to try and experiment with.

Mojito is a framework built on top of Yahoo! Cocktails that aims to speed up the building of
applications across different platforms, by using Javascript. Mojito is an environment-
agnostic framework which uses an MVC pattern, which opens the door for multiple integration possibilities. The framework ships with a suite of functionalities such as
internationalization, unit testing, syntax checks, and much more.

11. Actionhero
ActionHero is one of the most well-known frameworks when it comes to building APIs for
your server. It aims to be a reusable, scalable and quick API server for all types of
applications, whether stateless or stateful. One of its greatest features is the support of
delayed tasks, which gives the server the control over when and how the tasks should be
executed. ActionHero is light and compatible with most servers which makes its integration
in different environments quite easy. That’s why it’s the hero of many developers seeking
to build API services for the applications.

Socket.io is a powerful option for creating real-time web apps. It uses a bidirectional
event-based communication channel between the client and the server which allows
sending even BLOB files back and forth. Not only that, but it’s fairly easy to implement
a real-time chat functionality within the application, and the framework supports real-
time analytics as well. It’s used by many companies including Trello, Microsoft Office,
Zendesk, and Yammer.

Derby is a full-stack MVC framework which is also ideal for building real-time web
applications.
Derby is a completely SEO friendly framework, that allows the pages to get indexed
normally thanks to its fast server-side rendering. The framework uses the Racer engine to
leverage real-time synchronization between the client side and the server side, and it also
supports offline-usage functionalities to build richer user experiences for multiple users.

There are many amazing Node.js frameworks out there, even more than you can possibly
count. Some frameworks dominate the scenes while other rich frameworks might be
unknown. The sole motive should be the requirements of the application, considering
stable, well documented and high-performing frameworks, so that the framework would
be helpful and not a constraint.