If you are just starting to learn Bootstrap, we have created a series of tutorials called 14 Days of Bootstrap 4 that can help you with your development.

If you’re not using a UI kit for your web designs and themes, it may be time to consider it.

Put simply, UI kits can save you time and money while drastically improving the look and feel of your design. Not only will you be able to differentiate yourself from the default Bootstrap styling, you can change the overall styling of your theme much more efficiently.

What is a UI Kit?

A User Interface (UI) kit is a compilation of graphic files (generally PSD) that contain UI elements for the purpose of user interface design. These include components such as buttons, check boxes, progress bars, sliders, navigation button, switches, and so on. Generally, premium and paid kits are likely to include a more extensive library of elements compared free kits.

UI kits generally come with a variation of colors and swatches that can be used to customize the look of the UI elements.

Why You Should Use a UI Kit

The biggest benefit of using a UI kit is the amount of time that you can save. Rather than searching or creating new components every time you have a new project, you can use a good UI kit as a base. Rather than reinvent the wheel, you can modify or improve it.

Of course, saving time also means increasing profits. If you’re doing the same amount of work in 4 hours than what normally takes 6, your profit per project increases dramatically.

Using a UI kit also makes modifications that much easier. If you want to change the color of your entire site, you can change the color scheme of your UI elements by modifying a few layers within the UI kit.

The following UI kits are based off Bootstrap and definitely worth checking out for your upcoming projects. 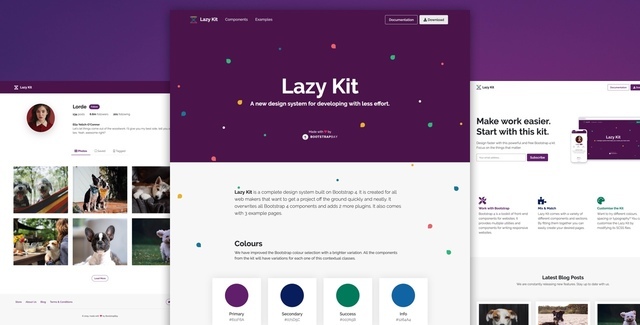 Lazy Kit is a complete design system built on Bootstrap 4. It is created for all web makers that want to get a project off the ground quickly and neatly. It overwrites all Bootstrap 4 components and adds 2 more plugins. It also comes with 3 example pages.

Now UI Kit is a responsive Bootstrap 4 kit provided for free by Invision and Creative Tim. It is a beautiful cross-platform UI kit featuring over 50 elements and 3 templates.

Now UI Kit is one of the most popular UI Kits online, provided in PSD and Sketch formats by Invision. Creative Tim wanted to find a way for developers worldwide to benefit from using it. So, in collaboration with Invision, they are launching the HTML version for it!

The Get Shit Done Kit is a beautiful resource built for Bootstrap 3. The folks over at Creative Tim have redesigned all its components to make it look flat, minimalist and easy to use.

Using it is very simple and it will immediately uplift the default design. The kit comes with the necessary CSS resources and a fresh looking color scheme.

Bootflat takes the default Bootstrap styling and gives it a bit of pop. The UI kit contains a set of beautiful and pure components that will add a bit of edge to your design. We really like the color swatches, progress bars and the various tweaks they made to the UI elements.

Flat UI is another free user interface kit built off Bootstrap in a stunning flat-style. In addition to all the basic and complex components, this kit also contains some stylish icons and glyphs.

Pixelkit offers a variety of UI kits built off Bootstrap for any developer looking to build a cool looking and functional website. Currently, there are 10 different UI kit variations which are featured below. Each kit comes with a bunch of free components and the ability to upgrade to a paid version with an extensive library. 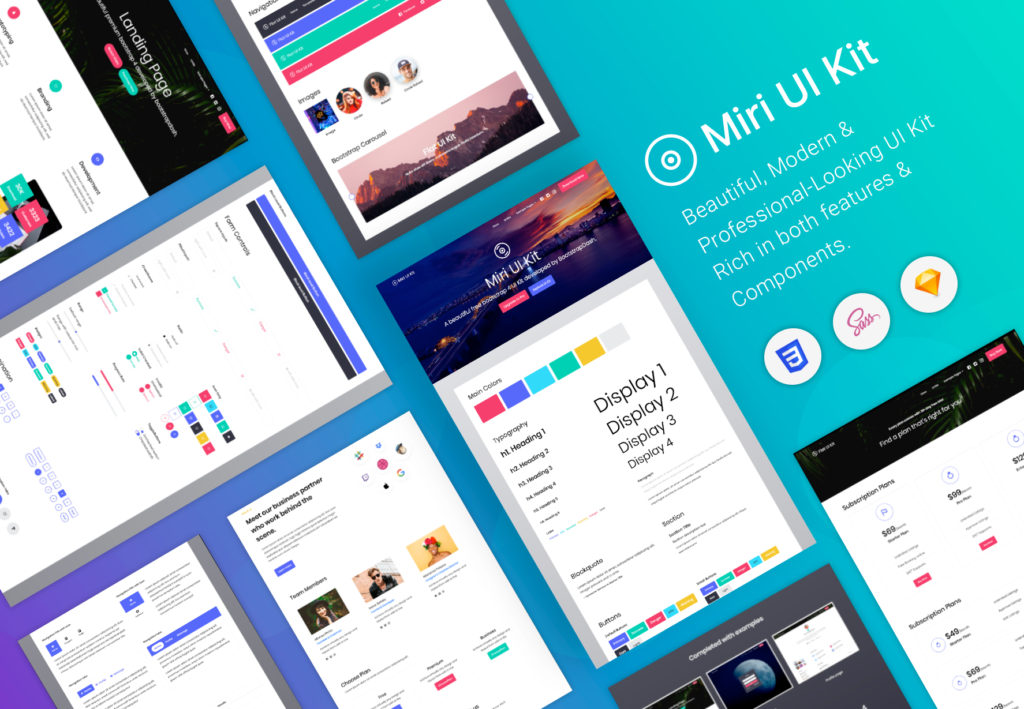 That concludes our list of UI kits built off Bootstrap.

Now that you know the benefits of using a UI kit, try incorporate them in your next Bootstrap theme or template. You just might find yourself working a lot more efficiently than usual.

What are some of the UI kits you’re using? Let us know by leaving a comment below.